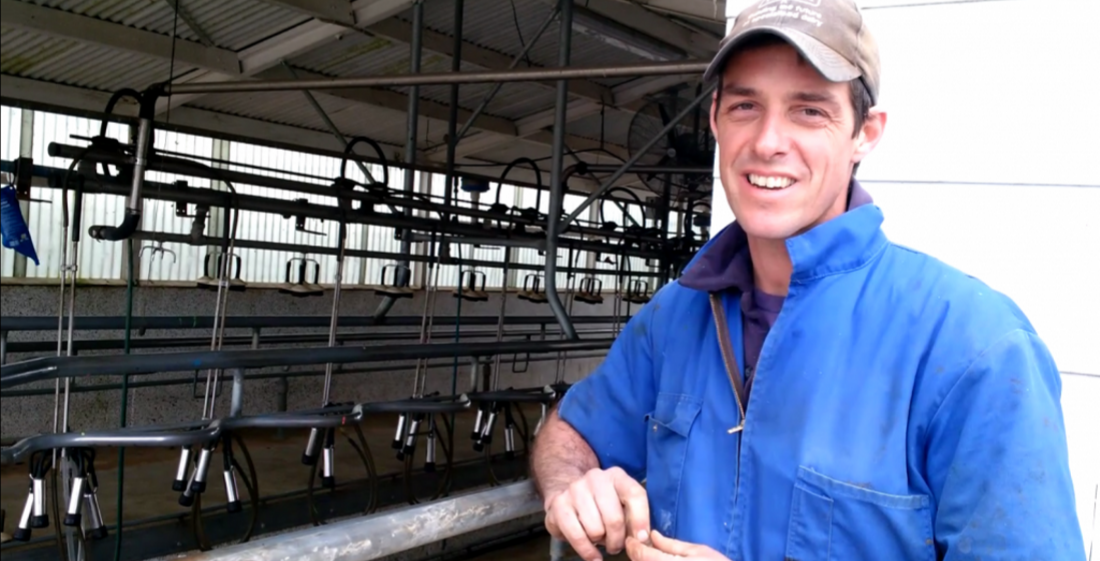 Shed maintenance has been greatly reduced thanks to DairyFlo soft plastic tubes and pipes according to Morrinsville farmer Johan Van Ras.

Van Ras milks 215 Kiwi cross cows on a 70 hectare dairy farm 10 minutes north-east of Morrinsville where a focus on the long term has proven to be of benefit. While Van Ras has changed little at the property’s 20-aside herringbone shed, one change he has made was installing  DairyFlo soft plastic long tail bends, claw tubes and milk tubes to extend the life of the software.

Engineered from Thermoplastic Elastomer, a food grade soft plastic developed for use in the medical sector, DairyFlo piping and elbows are clear, environmentally friendly and nonabsorbent while lasting longer than traditional pipe solutions.

Van Ras chose to install the new pipes largely after their rubberware equivalents were not lasting as long as he thinks they should have. Despite many of the pipes not being in high-stress areas the rigors of a working shed took their toll he says, with pipes flaking and cracking within two seasons. “The rubber [elbows] sagged and cracked through after just one season.” “The hose to pulsators deteriorated and went all flaky so I wanted to find something that would last a bit longer.”

He came across the soft plastic pipes while researching a potential solution at the 2012 Fieldays and says the investment in the new technology seemed like a sound option. “The initial cost was similar to that of traditional rubber so it made sense to install them at the time, especially if they were going to last.”

While DairyFlo don’t put an estimated lifespan on pipes and tubes product testing has shown the inflations to have an average lifespan of 5000 milking cycles. Van Ras says if his experience is anything to go on, tubes and pipes could actually last a lot longer. While rubberware needed to be replaced after two seasons he says he is still using soft plastic replacements three seasons later without any sign of deterioration. Van Ras says the only discoloring he’s seen is in lines at the end of the pit where pipe is in direct contact with the sun but understands this has been resolved by changing the tint.

“We have only replaced one pipe so far, Eddie [company representative Eddie Crawshaw] was surprised the pipe was still looking good so took one away for testing.”

While the soft plastic pipes are a little bit stiffer than their rubberware alternatives Van Ras says they didn’t have to make any changes to the way the shed was set up. He has also avoided all thermoduric and cleanliness grades in the shed once units were installed and keeps somatic cell counts at an average.