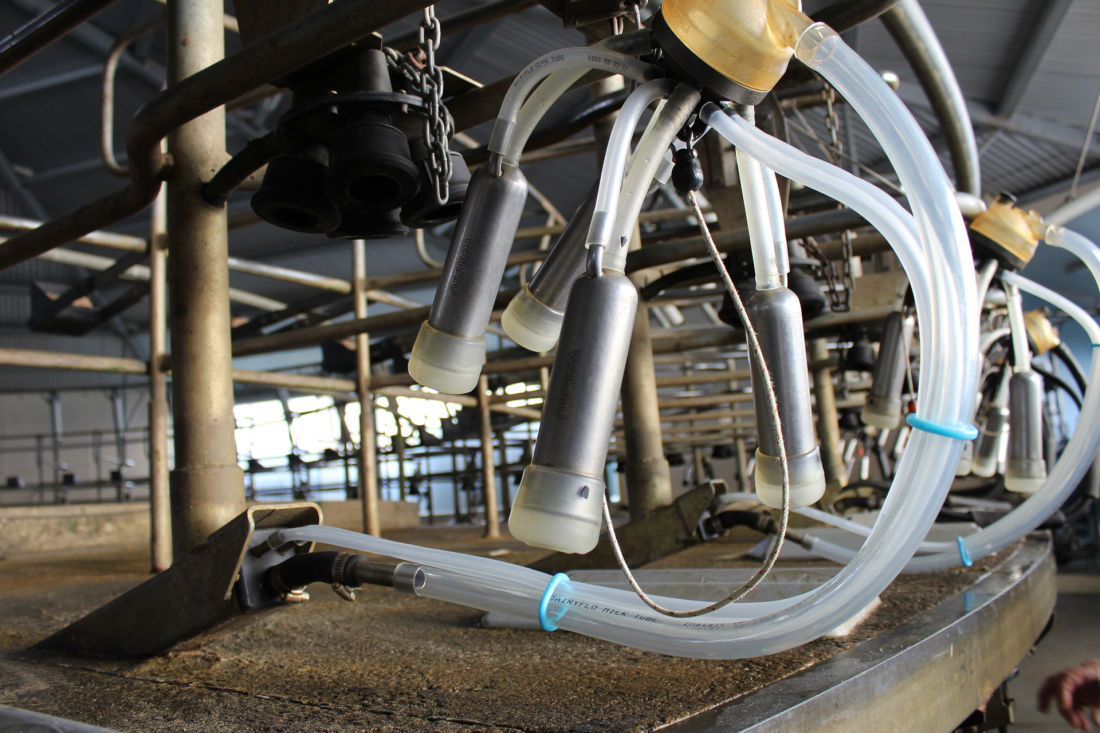 A soft plastic milking liner and tubing system on show at Fieldays helps cut the risk of bacteria and minimises cell counts in milk, says the developer, DairyFlo.

The company, part of Polymer Systems International LTD, the liner and tubing system from thermoplastic elastomer (TPE) made by Bayer.

Bayer Material Science New Zealand business development manager Justin Gleeson says the dairy industry has had a “huge problem world-wide for 50 years with the continued use of rubber liners and tubing in milking sheds”.

“Bacteria enters via the porous rubber, and the milk is exposed to lipids, cleaning and disinfectant agents and other chemicals.”

DairyFlo general manager Eddie Crawshaw says using a plastic liner and tubing in dairy sheds is a better choice than rubber products for the environment, farmers and the livestock.

“The benefits of plastic as opposed to rubber in the dairy shed are not only a more sustainable operation due to its recyclable nature, but [greater] cost effectiveness and time saving.”

Polymer Systems International managing director Steve Crawshaw says liners and tubing are a natural progression for the company from calf feeding teats it is already producing.

“Modern materials such as TPE are replacing rubber in many applications.

“For dairy farmers, replacing rubber with a soft plastic liner means the are changing the liners less frequently. Our testing and trials on farms have seen the DairyFlo liners last three times longer than the average 2500 milking lifespan of a rubber liner.” This saves money and time in a shed.

The plastic is 100% recyclable, ending up in, eg surfboard ropes and playground mats. Some dairy shed matting is made from recycled plastic milking liners.

The products will be shown in the Fieldays Innovation Centre.

DairyFlo says its client Craig Alley, a dairy farmer from Hawke’s Bay, has trialed DairyFlo alongside his existing rubber liners for the equivalent of 5000 milkings.

“A number of the rubber liners were breaking and so needed chaning early on, whereas the DairyFlo liners came through the entire time trial unscathed,” the company reports Alley as saying.

“My staff liked working with the DairyFlo gear because it was light to lift and the tubes didn’t get caught up in knots like the rubber is inclined to. The DairyFlo tubes also stay on the stainless steel much better than the rubber, which can slip off especially from the air tube.”